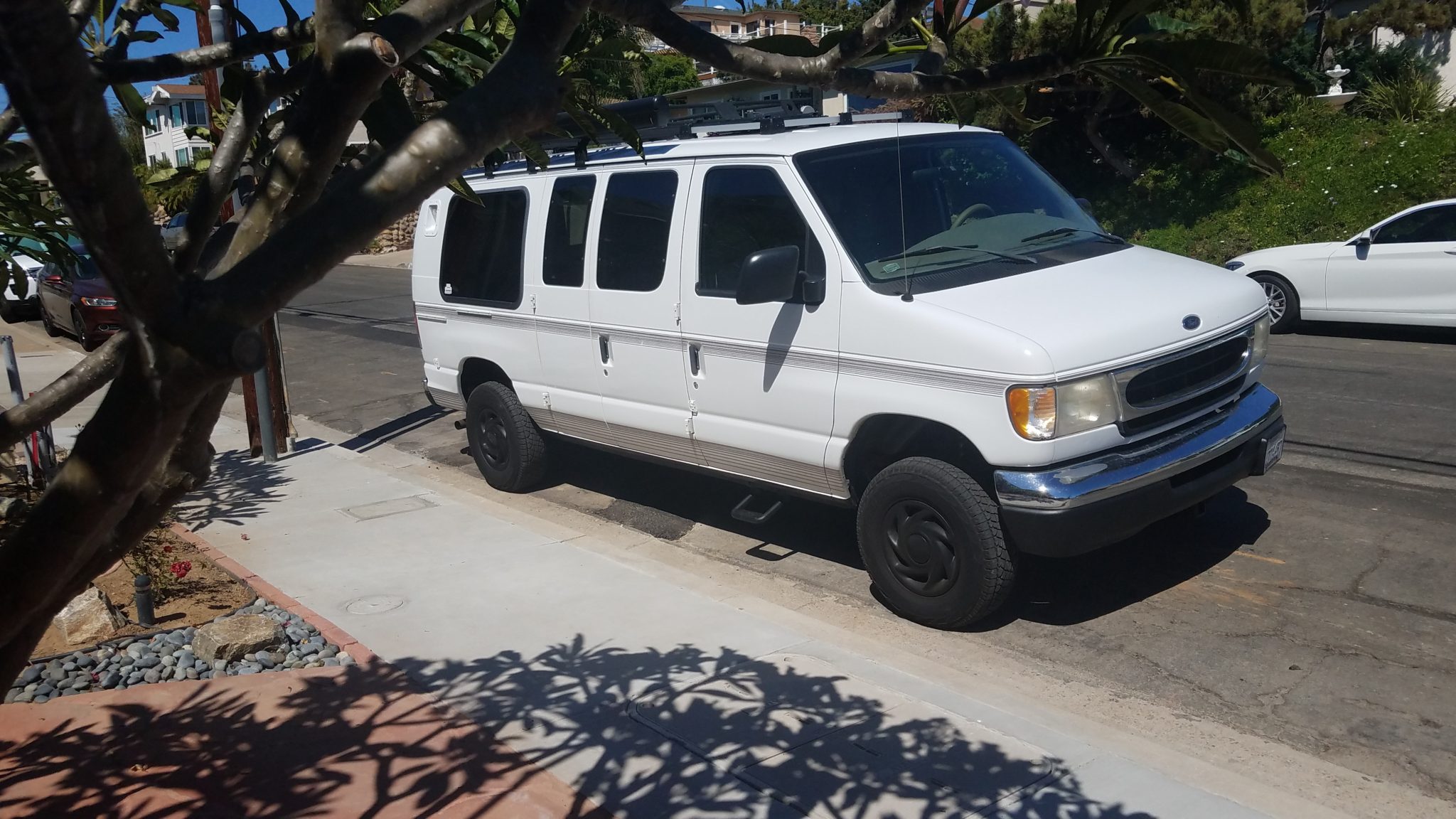 This conversion has come a full circle. Back in the summer of 1969, during high school, I started my first business doing van interiors. My mother helped me sew the curtains and I did the handyman part.

It’s now 2019, 50 years later and I just completed building an interior and systems for my 1998 Ford van that I inherited from my father-in-law.  This  van has had a special life, from 1998 until 2013 it lived in Yosemite valley for 5 months out of the year. My father-in-law was a campsite host in the valley, he and his wife lived in two tents for the 5 months out of the year. One he called the garage and the other was their living quarters. The van would come back to San Diego and stay parked during the winters. He kept the van in mint condition and only had 60,000 miles when I inherited it.