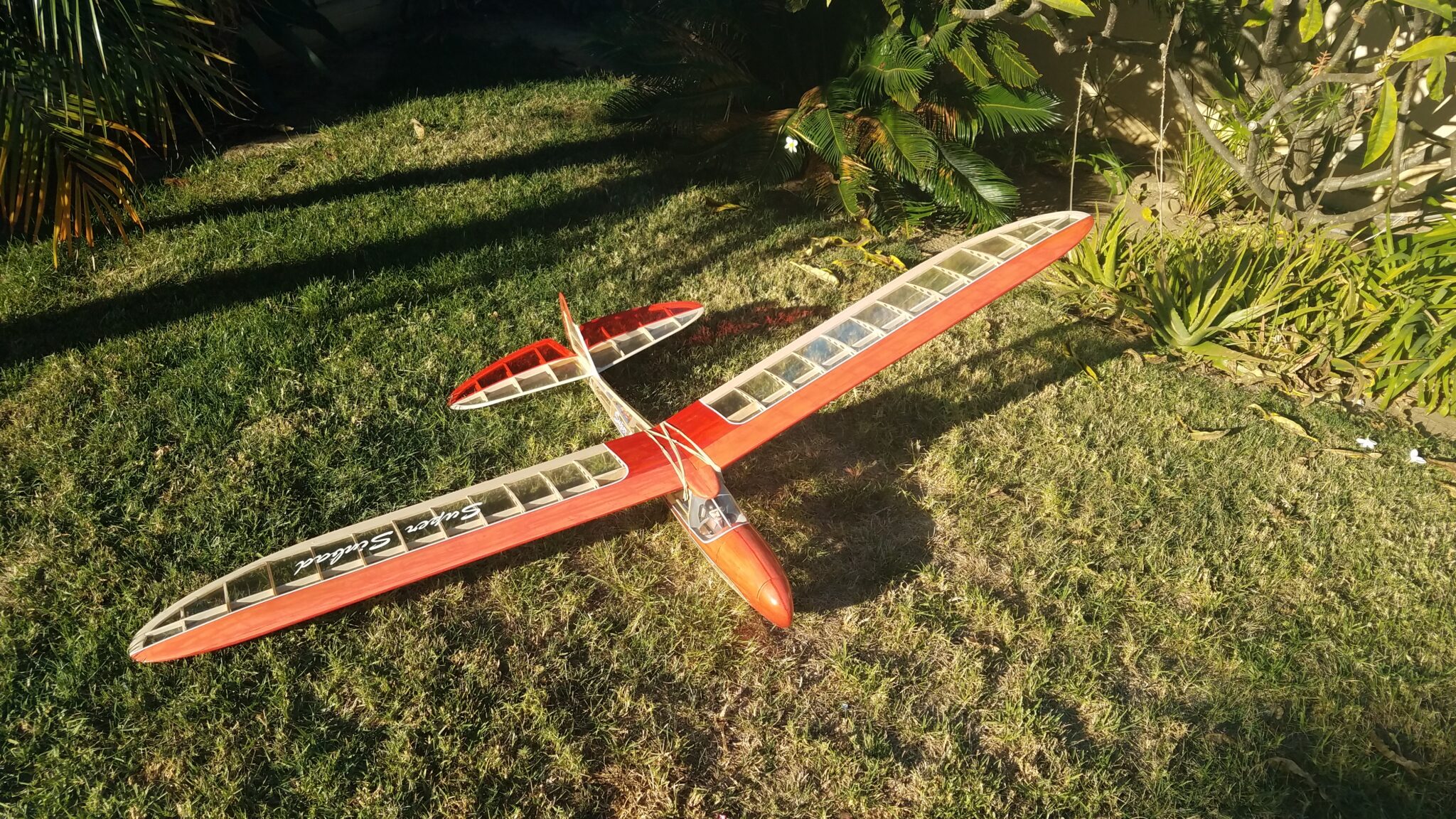 This was my first build since 2005. Owning DWFoamies kept me from getting back to the building table. Now that I have run out of foam and shut down the business, there will be more fun projects like this one.

This is a great example of classic kit designs from the early 40’s into the 60’s. The Super Sinbad is a Berkeley kit was designed originally back in 1943. It was a towline launched “RC” glider with a wing span of 62″ designed by Bill Effinger. With the plans available on the internet, I down loaded the original plans. Then using CAD tools I scaled up the wingspan to 96″, added many lightening features and redesigned the entire kit so that it could be laser cut.

Here are a few shots of the finished Sinbad. The total AUW came to 46 ounces including radio gear and flight battery.